This post is about the Web and how it has developed over time from the beginning with  1.0, to 4.0. I will be talking about the phrase “the Internet of things”, artificial intelligence and semantic web, and how they play a role in today’s world. 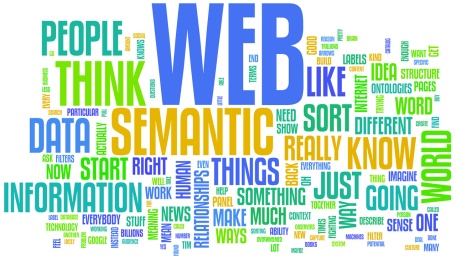 The first generation which was very limited on how people could use it. The web 1.0 was a read only based web, which was mostly used by businesses, as a place for them to write information. which would then be broadcast to the people, because web 1.0 was read only, it meant businesses would use brochures or catalogs to get the information about their products and services.

Is more about users interacting with one another, where users can create content and not just receiving it, like they did with web 1.0. Some of these interactions can be  blogs, wikis and social networking sites, where it allows them to share, comment and participate in these activities.

Is known as the semantic web. Semantic web is about the machine, like with web 2.0 its main focus is about people and how humans could operate the computer to access the web. With the machine their main purpose is to do the same but without the help of the human. So in other words to get the machine to do the searching, aggregating and combining the information they get from the web. This will make searching task easier, faster and more personalized.

Know as the symbiotic web, where the interaction would be between humans and machines. It is believed there will be more interfaces like mind control, where the web 4.0 will read the content and decide what to show the user first with their fast performance ability. Although we don’t know how exactly the web 4.0 is going to be, we can expect some sort of artificial intelligent, that will make it easier and quicker for humans like searching or accessing information.

The Internet of things

This is about connecting physical things to the internet, this can include anything from machines, to devices like your cellphones. The internet of things (IOT) is all about connecting things to other things, even people. The relationship the IOT has is between people-people, people-things, and things-things.

Figure 2. The Internet of things

There are many possibilities the IOT could bring, both being good and bad. The good things could  be:

The possibilities of bad things that could occur would be:

We can see some of the things IOT can do in today’s world like self driving cars and in the agriculture industry where they rely on real-time, to know more about their crop like its condition, the soil and air.

This is about how helping the user, by providing an efficient way for them to search things online. The Information Architecture (IA) achieves this by organizing, structuring and labeling the content. Their goal is to help users understand where they, what they found, what their surrounding is like and what to expect.

The relationship between IA and Web 2.0 and 3.0

The relationship is that during the web 2.0 people used the IA to help user interact with each other, through social networking sites, blogging, which allowed them to share and comment.

The relationship with the web 3.0 is similar to web 2.0 but instead of humans the IA helps the machine to search and connect the information they received, which makes the process go faster and easier.

I hoped this post has helped you understand the web, the IA and the IOT, and how each of them they play an important part in our everyday lives. Let me know you thoughts on this topic. Thank you for reading.

Figure 2: Visualize The Web. (2014). What makes up the Internet of Things? (digital picture). Retrieved from: http://visualizetheweb.com/makes-internet-things/